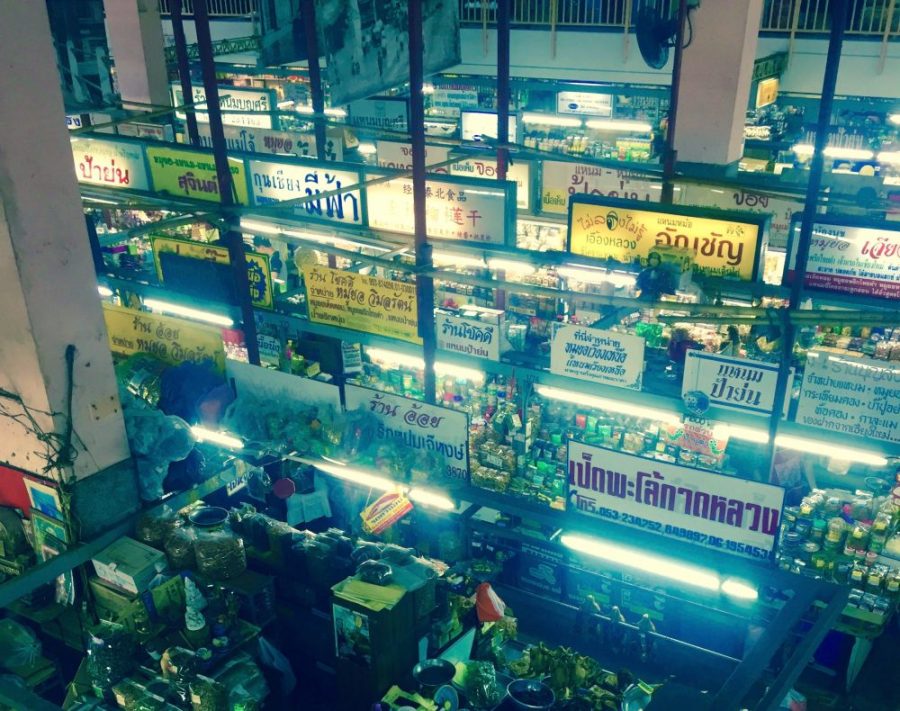 In January 2017, things were going pretty well. I’d started a new job only three months ago and was really enjoying it. But then, out of the blue, I was made redundant and put on three months gardening leave. Now, I am no gardener and the thought of three months hanging around the house was not a good one. So, as well as looking for a new job, I decided to take a little break.

Giles isn’t one for cooking (although he does try…) so when I showed him the itinerary for Intrepid Travel’s Thailand Real Food Adventure, he was more than happy to send me on my way (and not have to come home each night and hear me moaning about having to do all the housework whilst he’s at work).

The itinerary was varied and heavily food focused, with several cookery lessons and market visits along the way.

Arriving in Bangkok, I was having some second thoughts. It was the first Intrepid Tour I had been on and I was getting a bit worried about who my fellow travellers would be and whether I’d be the only solo traveller. Thankfully, these fears were unfounded as I was part of a group of six travellers of differing ages, nationalities and personalities.

The itinerary took us from Bangkok to Kanchanaburi, Ayutthaya, and up north to Chiang Mai. I was then flying back for one night in Bangkok before heading back home.

With food the main focus of the trip, I was expected to try some new and exciting Thai dishes, and got that and a lot more. Yes, there was the classic Thai curries and stir fries but as we travelled to different parts of the country, the variety of dishes and ingredients made me question all the assumptions I had of Thai cuisine. Up until this trip, I really didn’t have the courage to explore street food extensively – but over this week I was walking around markets and tasting everything I could.

Another great part of the trip was visiting local markets and seeing the range of ingredients used in Thai cooking. I doubt we’d be seeing a lot of this in our local Thai restaurant, so it was an amazing opportunity to buy and eventually eat some new foods (I don’t think Cork City is ready just yet for Ant Eggs Omelette, but give it time…).

The highlight of the trip for me was our opportunity to spend a night at a rural homestay outside of Chiang Mai. After an afternoon of cooking Northern Thai dishes with the hosts, we were welcomed by local villagers with music and releasing a traditional lantern, before sharing our best food efforts between us.

I would thoroughly recommend Intrepid Travel – they are not like you might imagine organised tours to be and there was so much time, flexibility and freedom to do your own thing or hang out with the rest of the group. Sadly, much to Giles’ disappointment, I haven’t cooked much at home from the lessons – somehow, it just smells and tastes better when you’re in Thailand.